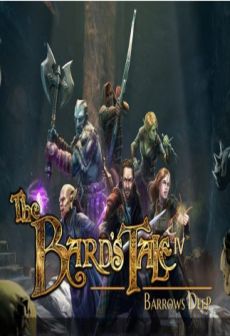 Dive into nostalgic combats with fantastic atmosphere and enjoy the dungeon-crawler experience. Enjoy spending long hours with captivating gameplay filled with immersive sound effects, as well as a number of helpful interface elements.

The Bard's Tale IV is a beautifully designed fourth instalment of the remarkable dungeon-crawler series. The game was created by the inXile Entertainment studio.

The Bard's Tale 4 returns to the roots of the series, which dates back to the mid-1980s. Begin a fascinating journey to the original fantasy world, which draws on Scottish and Celtic culture and mythology for inspiration.

The game is powered by the Unreal Engine 4. Customize your character and your band of heroes according to your preferences. Face mythical dangers in epic battles that reward strategic positioning, intelligent thinking and masterful ability combinations. This game perfectly combines classic role-playing fantasy games with modern design and visuals.

The Bard's Tale IV: Barrows Deep will take you to a fantasy world of Caith for a first-person, unforgettable adventure. Throw yourself into exploration, puzzles, combats and recruit up to six renegades. Meet strange heroes during your fight against the dark powers that have corrupted the world and guide your team to victory.

Start the adventure in the vast city of Skara Brae, and go to numerous dangerous ruins and undergrounds. Create your own team, choosing from a variety of available races, such as elves, humans, or half-orcs, and character classes. Use a synergistic system of skills. Be careful because the composition and shape of your cheerful company are not without significance and have an impact on the attitude of the NPC, available quests, and dialog options.

All of your decisions can significantly change the shape of the world and the face of Skara Brae. The Bard’s Tale IV: Barrows Deep features many mysterious puzzles.

Navigate the nonlinear underground labyrinths and ruins filled with all kinds of traps. Some of them use a comprehensive physics engine. All the locations presented in the game were built on a grid. All characters and their enemies move around its fields. InExile decided to use a phase turn-based mode.

Discover a sophisticated combat system. The heroes perform all their actions simultaneously. Some attacks and heroes' abilities affect each other. Enjoy the magical music which quickly changes according to the situation on the battlefield. The developers implemented records of many beautiful ballads sung in Gaelic Scottish.

Meet various dungeons, beasts, and creatures, as well as the magic of all kinds and enjoy tons of fun during a refined gameplay. This first-person dungeon crawler RPG offers a vast world filled with tactical action, riddles, quests and difficult choices.

The game is developed in 3D technology based on the Unreal Engine 4, and it presents a unique artistic style inherited from pen and paper RPGs. Discover complex structures and landscapes taken from some of the most emblematic places in Scotland and enjoy the finest music accompanied by stunning Gaelic voices. 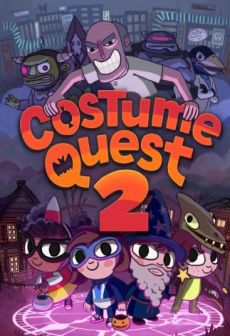 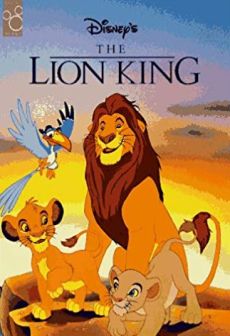 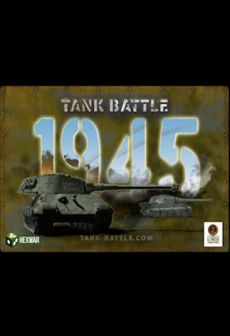