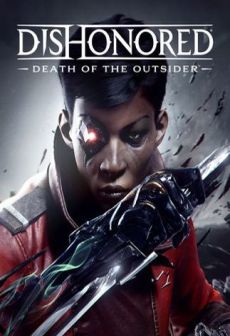 Dishonored: Death of the Outsider

Convert Your Points Into Free Steam Game Dishonored: Death of the Outsider

Hunt down and assassinate the Outsider

Arkane studios places you in a role of assassin Billie Lurk, a secondary character from the second game. Billy is a female lead character with a strong yet silent personality. Your quest is to destroy the supernatural presence in the game called the Outsider. Enjoy five missions spread across a few different environments and dive into the believable game world. Discover warped, grotesque stories hidden throughout amazing, mysterious world.

Experience an amazing adventure with superbly designed visuals. All characters have an interesting, artistic and mysterious appearance. Feel extraordinary atmosphere and visit all dark corners of the beautifully made city. Move through streets populated with citizens going about their business. Traverse alleyways and rooftops littered with trash, and apartments with belongings strewn about in a believable fashion. Discover shortcuts, offshoot paths, side missions, contract work, black market, and an alternative routes. The entire city architecture has an incredibly Gothic design which adds a unique character to whole gameplay. Enjoy the view of stormy sea waters as they batter against the shorelines of Karnaka. Feel the freedom of vast areas filled with excellently designed lightning.

Defeat your enemies using 3 mighty powers: Displace, Semblance, and Foresight. Displace is a relocation power. Teleport yourself immediately to some other area and avoid getting killed. Semblance gives you the ability of mind control at melee range. Foresight is a first-person detection system that you can use to tag enemies and items. New to the series, your energy bar recharges to full, so you won’t be on a hunt for potions in this game. If you don’t want to use your powers frequently, feel free to play a run-and-gun style. If you are fancy, sprint to your enemies for a quick, insta-kill.

The only law is the law of your blade. Teleport around the world, steal peoples faces, and stab your enemies in their backs. All these powers build super tailored to an assassin - some who is everyone and no one at the same time. Live in the shadows, wear strangers faces, murder whoever you choose and sneak through invisible paths. The interplay between the weapons and the powers is just joy. Play Dishonored: Death of the Outsider if you want a game that rewards patient and creative approach or, play it if you felt that chaos system in the previous game was harshing your murder vibe. 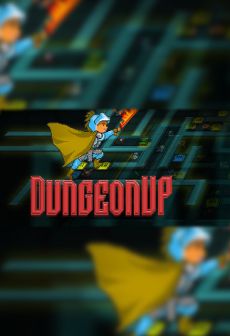 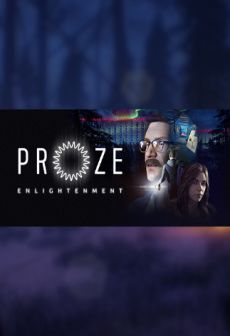