Convert Your Points Into Free Steam Game The Evil Within 2

Emerging from the mastermind of Shinji Mikami, The Evil Within 2 is the latest evolution of survival horror. Detective Sebastián Castellanos has lost everything, but he will be able to save his daughter if he enters once again the world of STEM nightmare. Terrible threats emerge from every corner while everything is twisted and distorted around you. Encounter various troubles, use weapons & traps, and move among the shadows to survive. The game was developed by Tango Gameworks and distributed by Bethesda Softworks.

Three years after the events of the Beacon Psychiatric Hospital (in which Castellanos and his companions were catapulted into a nightmarish world generated by STEM), the detective regrets what happened but a sudden news changes his fate. After losing his job, wife, and daughter Lily, Castellanos loses confidence until a glimmer of hope crosses his path. A surprise that will be the key in the game. His partner, Juli Kidman, manages to find out that Lily is still alive and is being held in the new STEM system. Delve into the city that is falling apart, slowly turning the world into greater chaos. Find your daughter before Union collapses, but remember, that it won’t be an easy task as you must face your worst nightmares. Encounter monstrous creatures and experience a perfect, survival horror atmosphere.

The Evil Within 2 focuses on exploration, survival and resource management. Depending on the difficulty you choose, your resources may be very limited, each bullet counts. Play very carefully and try not facing grotesque zombies. The game features three difficulty modes. Casual mode is recommended by producer Shinji Mikami. Survival and Nightmare are perfect scenarios for players who enjoy the difficulty curve in the previous game.

The Evil Within 2 features maps that are semi-open and large. Feel free to explore the entire area of each map. Complete numerous side missions and find valuable resources. Face your enemies directly using weapons such as pistols, or use stealth/hide to avoid being noticed by enemies and kill them silently.

The game also features an advanced crafting system in which you can gather resources to create new objects, such as ammunition. Enjoy a complex personalization system. The Green Gel, introduced in the first game, can be used to customize Sebastian's skills, which are divided into five different trees: health, stealth, combat, recovery and athletics. Improve your weapons with the pieces collected during the Union exploration. This time, for each crossbow bolt, a bonus effect is given to improve it as much as it was given to the normal bolt in the first instalment.

Characters in Evil Within 2

Played from a third-person perspective, your task is to control Detective Sebastian Castellanos, who must descend to the world of the Union to rescue his daughter, Lily. The nurse Tatiana will be your guardian angel and will help you to stay in good condition. All characters are well-written and perfectly fit to the games’ plot and environment. Enjoy a thrilling and captivating story jam-packed with unpredictable twists and turns.

The Evil Within 2 received numerous favourable reviews. The game collects positive feedback like its predecessor. It earns praise for its visual effects, atmosphere and marvelous storyline. Tango Gameworks created the game that hooks from start to finish. Fans of the genre are delighted with the game. Buy license key and download your The Evil Within 2 via Steam on your computer. Install game and encounter hours of captivating gameplay. 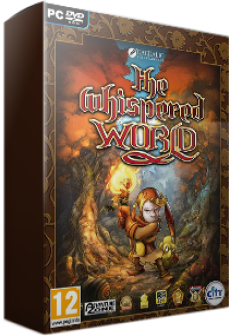 Outer Wilds - Echoes of the Eye 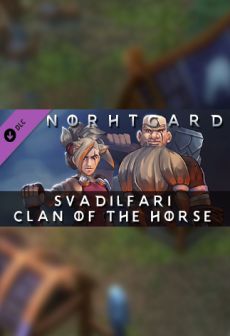 Northgard - Svardilfari, Clan of the Horse