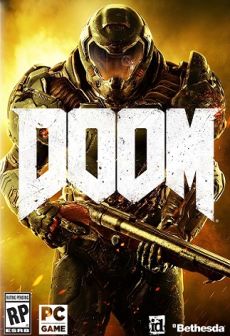 Doom (PC) is a legend of 1993, a time when sprites ruled the gaming world. Hardcore, demanding, fast, and relentlessly brutal. Now you can relive the same emotions with DOOM, a game so old-school and adrenaline-pumped that the title can only be written in capital letters.id Software's DOOM is a 2016 first-person shooter bringing back the speed, the violence, and the demons of the original game, but in glorious HD. Grab a Super Shotgun, smash some heads, and force hellspawn back where it came from.

DOOM doesn't waste time telling you backstories, complex plots or elaborate cutscenes. A corporation opened up a portal to Hell to harvest its energy. Things happened. You wake up having to clean all of this up with lead, plasma, and seething rage.DOOM never drags your attention away from the carnage and the deadly dance on the screen, but the story is there, waiting. Inquisitive player can find it in logs and PA system messages, and other places.

When you put on the Praetor armor you throw caution out of the window. Not because it makes you invincible. It's because it makes you fast, strong, and awesome.When your basic speed allows you to run circles around any other first-person shooter protagonist in recent memory you know that cover is for the weak. Engage in a violent dance of murder, strafing, circling, and descending on your enemies like a wrecking ball. You call the shots here.

You start out with a pistol, and kill some lowly demons with it without any problem. And then it gets even better. Shotguns, rifles, plasma guns, and finally one of the most iconic weapon in video game history. Yes, the BFG 9000 is back to let you take another swing at the denizens of Hell, and it couldn't come at a better time.Upgrade your weapons to make them even more powerful and destructive. No demon will stand in your way, but they will try.

Channel your rage and hate for demonspawn into Glory Kills. DOOM doesn't do regenerating health or convenient pickups. In DOOM you heal by murder and purifying the world of demon scum. Punch, rip, and tear demons to death with your (or their) bare hands and get health out of it. Run them through with a chainsaw to get back ammo. Play your cards right and nothing will get even close to taking you out.

Completed the game? Found all the collectibles and upgrades? Gained everything there in the multiplayer? Turn to SnapMap to create your own maps, or to enjoy these made by others. Use an intuitive tool to create your own maps, levels, even whole new game modes if you are determined enough.Use community-created maps and missions in singleplayer and multiplayer and never run out of demons to kill.

DOOM is id Software's reboot of the genre-defining game from 1993. Incredible mobility, brutal combat, delightfully disgusting demons, and enough weapons and ammo to kill Hell seven times over. DOOM is an old-school shooter with modern design. 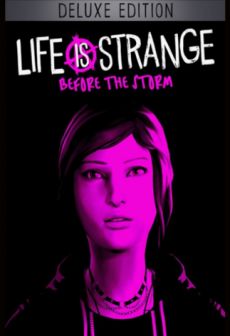 Life is Strange: Before the Storm Deluxe Edition 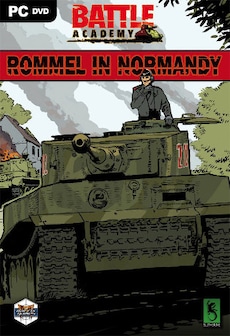 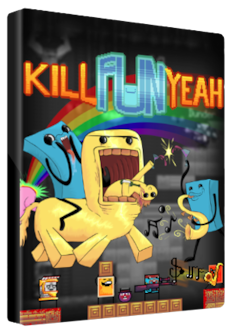