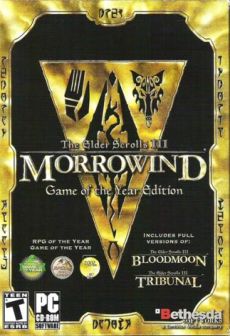 *The original Mod Construction Set is not included in this package.

The Elder Scrolls III: Morrowind® Game of the Year Edition

TES 3: Morrowind Game of the Year Edition is like a Christmas bag filled with goods. The GOTY of the game provides you not only with the basic version of the Morrowind itself but also with its two very big expansions. The first one is Tribunal and the second is the Bloodmoon.

The game provides you with more than 80 hours of gameplay. If you are looking for a classic open world fantasy RPG then Morrowind is a great choice. The game created by Bethesda in 2002 holds up even today. It is an old but good interactive story, which is going to suck you right in.

Morrowind GOTY Edition is so big that it is relatively hard to cover all the elements connected with it. Starting with release dates, Morrowind was released in May of 2002, Tribunal in September of that year while Bloodmoon expansion in February 2003.

This big, open world RPG game mixes together many cultures together, which you are going to see immediately after you start the game. Morrowind was strongly influenced by Conan the Barbarian, Star Wars, Christian culture, pirates etc. Everyone is going to find something for themselves. The story itself starts relatively slowly. You are one of prisoners sent on a ship from Imperial City to the province of Morrowind.

You land in the small town of Seyda Neen where your evaluation starts. Here you pick your race, traits, appearance, and even the birthsign. After that a man called Sellus Gravius ask you to go to the city of Balmora and find an agent by the name Caius Cosades. This is basically all. Morrowind is the epitome of the open world RPG game. You start with a single quest in the city of Balmora (which is actually, more than one hour of walking from Seyda Neen) but what you are going to do is up to you. In fact the game encourages you to forget about the main quest. After you leave Seyda Neen you are bombarded with small villages, NPCs, encounters etc.

The game is an open-world RPG and it is filled with interesting characters. However, none of these are as important as you, the player. The chosen one who is destined to save Morrowind. The way in which you shape your own character is almost without any limitations. You can become a powerful arch-mage, popular on the entire continent. On the other hand you might also become a shady thief, who cares only about other people’s money. There are virtually endless possibilities for you. Hell, for example you can become a werewolf thanks to the Bloodmoon expansion pack. It is a full-scale fantasy RPG. The gameplay itself focuses mostly on exploration and developing your skills. While you gain normal levels like in most RPG games, the development of skills is much more complex and interesting.

The combat looks fairly straightforward. You press LPM and the character attacks. However, the system is much more complex than it might look at the first sight. The system has a hit chance formula which takes into consideration such elements like: your skills in the type of weapon you currently use, your agility stat, your luck and even your stamina.

This leads to the most important point of Morrowind, skills. Each skill and attribute like intelligence, speed, fighting abilities, magic etc. has the maximum level of 100. How can you increase these skills? By using them of course. For example, if you fight constantly with a long sword, your ability to using them is going to improve. Thanks to such a system, you can shape a character in any way you prefer. You want a mage who is a swordsman? You can do it.

Reviews and opinions about the game

You should not be surprised that Morrowind is a popular piece of gaming with a very positive reception among players. The game gained many awards such as: Computer Role Playing Game of the Year in 2003.

If you  want to buy the Steam version of the CD-key for Morrowind then you should definitely check section above this text, where you can find various sales for the digital version of the game which you can download from steam after purchase. 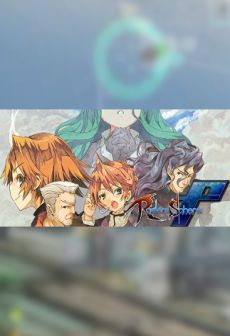 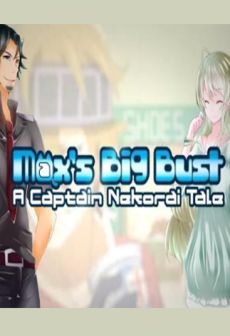